If you don't subscribe to our somewhat erratic free newsletter "Just the Essentials" you may want to visit our website and sign up.  Nothing to it - the sign up is on the home page.  www.essentialherbal.com
I'm copying it here to share!  It's from the other day. 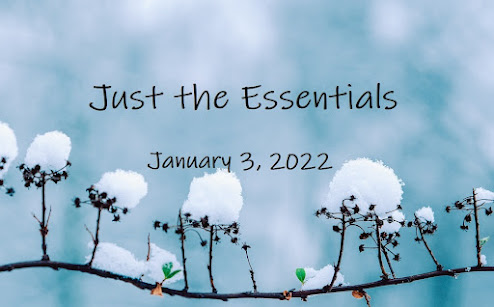 I've been hesitant to send out this newsletter because my own email is crammed with year end mail from businesses.
The thing is, more than ever, all businesses, including TEH, are more grateful than ever for the people who keep us going! We're beginning our 22nd year, and every single January I spend time thinking about all the kindnesses and generosity that have allowed me to continue. The first 5 years before my sister Maryanne offered to help were almost beyond comprehension now. Often when people ask how I got started, I don't think they believe me. Things are so much easier these days. Just digital cameras... on phones! pffft...

Here we are starting a fresh clean year. I hope it's a good one for you. Below you'll find some great things to make to keep winter at bay. Be sure to try one or all! 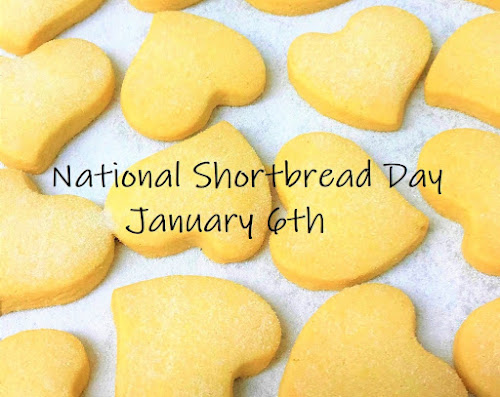 Rosemary Pistachio Shortbread
Plucked off the blog – from the very early years.
Click here for 4 more shortbread recipes, including one gluten free, linked in the post.
Ingredients:
1 cup unsalted butter - room temperature
1/2 cup confectioners sugar
2 1/4 cups flour
1 teaspoon vanilla extract
3/4 cup chopped pistachios
3 tablespoons fresh rosemary leaves - minced fine
additional confectioners sugar for garnish
Method:
In a large bowl cream the sugar into the softened butter using a large mixing spoon.
Add the flour 3/4 cup at a time.Add the vanilla extract, pistachios and rosemary and mix until well blended.
Roll the dough into large marble sized pieces using 1 level tablespoon of the dough and place on an ungreased cookie
sheet.
Bake in a 375 degree oven for 17 to 20 minutes until light brown.
After the cookies have been removed from the oven and have cooled off slightly roll each one in confectioners sugar.
This recipe makes approximately 30 cookies. 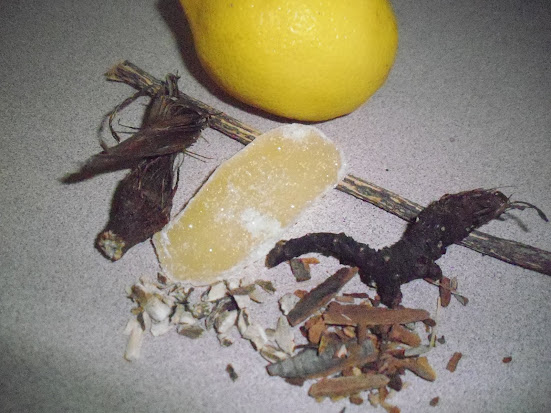 We make this root and bark syrup almost every year. It's helped with almost every instance of chest congestion so far, and the 1/4 pound of osha I purchased specifically for this syrup will probably last another year or two (so 7 years?). Roots last well if stored properly. This is fully explained HERE. 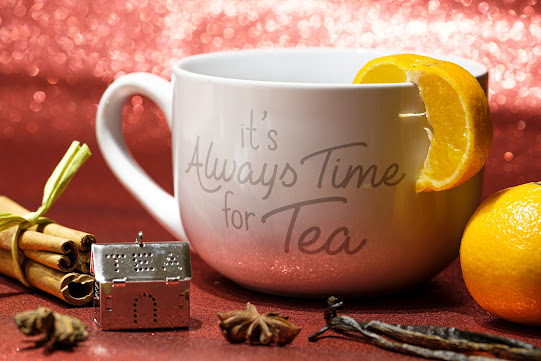 In the dry winter air, it's important to stay hydrated. Keep those mucus membranes in good shape so viruses don’t come in contact with skin. We humans are up to 60% water, and even bones are nearly 30% water. Our brains need hydration in order to work properly and keep those synapses firing properly. Every function of our body depends on sufficient hydration. Try one of these in addition to extra fresh, pure water:

Tension Re-leaf Tea
parts chamomile
4 parts lemon balm
2 parts catnip
2 parts passion flower
2 parts raspberry leaf
1 part valerian root
Mix up this blend and keep it on hand for any time someone in the house is having trouble unwinding.

Minty Morning Tea
part black (orange pekoe) tea
1 part spearmint
Brew as you would regular black tea. This is so yummy in the morning or when you need a pick up in the early evening.

I've written bits and pieces along the way, but it seems like it might be time to put it down before I start forgetting things.  This is a little self-indulgent, but it might have some value to someone feeling overwhelmed.  If you love it and you want it, just keep going - unless it's for the money.  That might never happen, but you can be happy.

In early spring of 2001, I was unhappily working at a small printing company after making the huge mistake of walking away from the shop I'd shared with my sister.  I was helping a friend at an herbal event, and started asking herb friends if they'd have any interest in an herb magazine.  Would they write?  Would they carry it in their shops?  Stuff like that.  I snagged a couple partners and off we went.
By June of 2001, we were pre-selling subscriptions and coming up with 16 pages of content.  It was harder than we thought and after we got the first (Jan/Feb '02) issue out, I wound up with no partners, $20 in the account, and something like 50 people who expected to get a year of magazines.  Woohoo!

Before the internet was really being used well, it was tough getting the word out there.  Lots of people didn't have home computers or email addresses.  IF you had a website, you could mention your business one day a week on various list-serves or forums.  Otherwise, you could advertise in other magazines and wait 2 or 3 months for that to come out.  It was a grind.  The best way to get out there was by attending herb functions.  For the first year or two, that was how it worked.  It was a lot of fun, but an insane amount of work. I would get up at around 4 am, work on the magazine and try to get something online before going to work.  There was a lot of schmoozing, talking on the phone, and emailing.  By 8 pm, Molly (then around 9 or 10 years old) and I were fast asleep.

To print the magazine, I could afford to spend only the money that had come in during the previous 2 months, and save enough to mail them. There was no reserve.  I learned how to use all the machines at work to bind and trim the magazines, printing them after hours, cruising the warehouse daily looking for interesting cover stock that was about to go in the dumpster.  Occasionally if they weighed close enough to be trimmed to lose an ounce for mail, they'd be tossed on the guillotine cutter and shaved a little at a time until they were under that weight.  $15 or $20 was a big deal.

When the magazine was done, I'd hand address them, Molly would stamp them, and we'd send them on their way.

After the first year, there was a huge blizzard.  Just before it hit, a friend set me up with Frontpage, a URL, host, and a website to build.  It is no exaggeration to say that the next week was absolute torture, and that site was ugly, but it worked.
At the time, digital cameras were hugely expensive.  Instead, covers and objects for sale were laid directly on the glass of the color copier.  Someone at work must have emailed me the pdfs because I have no recollection how they got on the website.

We have always had terrific contributors who understand our goal of teaching and sharing.  That has been the case pretty much since day one, and continues to be one of the biggest blessings of my job.

In 2004, I had enough subscriptions for a bulk mail permit, and for Christmas, my mother set it up and paid the permit fee.   The blog went up that year and it was honestly hard to restrain myself - but I still didn't have a camera.

By 2005, the internet was really starting to cook.  Being a small business owner was thrilling.  There's nothing like waking up to orders!  That was a completely new concept to me.  New website made it smoother and easier.  We opened the TEH Yahoo! group.  Between the group and the blog, sales were soaring.

Then Mom died.
Maryanne and I started working together again, each retaining our own businesses.  Molly and I moved to the farm and I quit the printing shop.  There were a number of dizzyingly exciting years of trying all kinds of crazy stuff to see what worked and what didn't.  It was all a big experiment because nobody really knew what worked.  It was so new.

We (all of us) lost so much.  The forums, list-serves, and blogs started falling by the wayside.  There was an unbelievable amount of sharing and camaraderie.  There were swaps, virtual showers, and all sorts of support for each other.  It's really hard to explain.  Sort of like the 60's and 70's.  If you were there, you know.

There hasn't been anything that came along to replace those now defunct hubs.  Facebook really tore us into pieces.  Instagram is even worse.  I'm sure there are others, but that time is gone, unfortunately.

Fortunately, we were pretty well established by then and just kept sl-o-o-o-wly growing, printing books every year.  In 2015, publishers started approaching me, and I've since added 4 3/4's books that way - one's due shortly.

2020, we realized we could no longer continue to print the magazine and announced that we were in the last year before going 100% digital.  And then covid hit 2 months later.  We went digital only after the May/June '20 issue.  It made some subscribers unhappy, but shortly after that the mail system became very unreliable for about a year, and it would have put us out of business.  Several small businesses were brutalized by that year.  The timing for us was sheer luck.  We lost some long-time subscribers, but we didn't really have a choice.

There have been so many stories and people and classes and lectures and festivals and conferences along the way.  Friends made, and a few lost... We're not done yet.  We've got a few more years in us.  As long as it's fun, we'll continue.