Yesterday I awoke with the kind of dread that few people understand. I am terrified of driving in the snow. Up until my late 20's this was not the case. But on my 29th birthday, a series of 3 weather related accidents in as many weeks changed me into a quivering mass of nerves when the skies darkened in winter. The vistas from my home mean that there is no way to get home (or out) without twists and turns on steep hills. 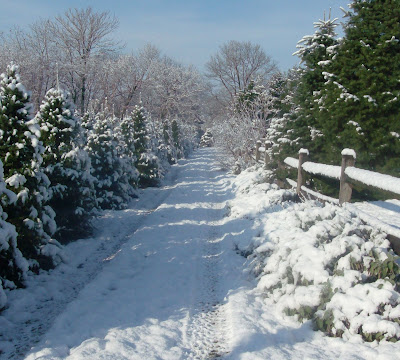 A month or so ago, I signed up for a Reiki class. This is something that's been on the peripherals of my thoughts for at least 20 years, and so finally the time seemed right.
When the forecast for snow arrived, it actually sickened me... but it was only going to be flurries, and the class would most likely be over by dark...
Well no - on both counts. 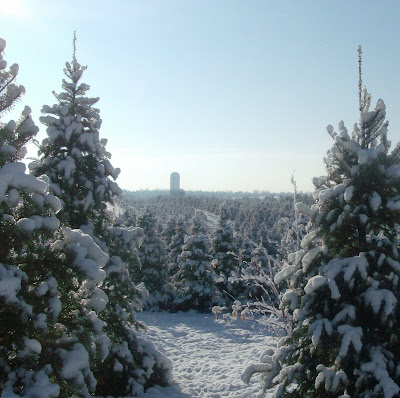 Knees and hands shaking, I borrowed my brother's Outback, and headed out.
The class was wonderful. Much more than I expected or hoped for! The group was informal and everyone was incredibly open and delightful. As the afternoon progressed, I could see the enormous flakes settling onto the market roof across the alleyway.
In the city, the streets were only wet. Driving out to the edge of town, they started getting slushy. 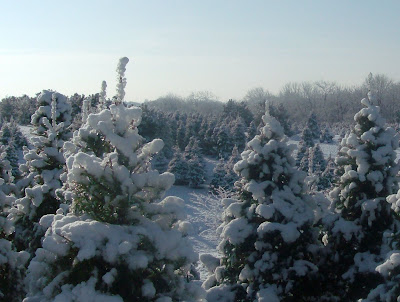 By the first little town I pass through, the road was snow-covered, and the dinner plate sized flakes were difficult to see through. I was humming at the top of my lungs (because that's a nervous habit of mine).
Imagine my relief when I spotted a cinder truck turning up onto the road that would eventually lead to my house! Normally, I would NEVER take that road because there are 2 gnarly s-turns that are both very steep, but hey! the truck would lead me.
Hah! That so and so turned off *just* before the first s-turn. Now I would be forced to do it alone. And so I did. And it was fine. It was almost fun, and between that and the residual bliss from the class, my brother (who had been pretty worried because it was getting late) exclaimed that I looked pretty happy for having gone through that experience.
It will still scare me to drive in the snow. But *maybe* I can work through this.
Posted by Tina Sams at 7:15 AM

*smiles* your pictures are so beautiful! Glad you enjoyed your calls and made it home safe!

I can relate Tina, really can. Was freaked about driving in snow, when I haven't done it really for over 20 years. But we made it to Longwood Gardens and back without a hitch, and the reward was it was a beautiful place to spend a snowy afternoon :-)

I was thinking about you and your mom at Longwood yesterday - and about how beautiful if must have been!

I can relate too. I have a 30 mile commute(one way)to my job in a small rural town. I am always sickened when we start to get a major snowfall. I am always thankful when I finally make it back home!

Your photos are beau-ti-ful! We only got a little bit of snow... enough to make a few snowballs! Your story... something I didn't know about you... sorry the fear of snowing lives within you, but sounds like you conquered it a bit! Good story telling...enjoyable read.

thanks - normally I can just stay put, and keep a close watch on the weather during winter to be sure we have what we'll need. This time, I just had to do it.

We have the Legacy version and it is the greatest in snow! Have had an accident on an icy road in a Honda hatchback years ago. Not a good thing! Glad you made it through. Snow is lovely when you don't have to drive in it!

Bravo for conquering your fears!
My mother hates driving in snow too. I don't love it, but I'm not petrified at the very thought like she is...