Actually, everyone *doesn't* know that.

Many times in conversations over the last year or so, people become exasperated to think that people are not reacting to something in a way that they feel is reasonable.  Certainly everyone knows about the ________ crisis (sadly, the blank can be many things).
What is very easy to forget is that we are not all looking at the same things.  Being very involved with nature, conservation, and all the areas affected, my friends are mostly aware of the same things that I am interested in.  We all tend to worry a great deal about what fracking is doing to the finite amount of water that the earth holds (for starters...).  We all hold the same sense of dread when the subject of the Tar Sands comes up.  We think breast-feeding in public should be a non-issue, home-schooling is a-ok, and more than anything, we think that Monsanto is one of the biggest dangers to life as we know it that we've ever faced.
But we forget that a vast percentage of the population is equally absorbed by other matters.  There are so many important things happening, and for an awful lot of people just getting by, paying the bills, keeping a job, and getting from one day to the next is about all they can handle.  We need to be more cognizant of that, and do what we can to share what we know without any judgment or anger.  Taking an occasional job outside of my field over the years has opened my eyes to that fact with stunning clarity.
So this Saturday, there is a worldwide March Against Monsanto.  In the spirit of the above statements, I'd like to talk about it a little bit in case one person who didn't know, reads it.

WHAT'S THE BIG DEAL ABOUT MONSANTO?

Some of us probably remember during our school days hearing about new crops that would end hunger worldwide.  Glowing descriptions of vastly increased yields, possibly even enhanced nutrition hailed the dawn of GMOs (genetically modified organisms) that would save the world.
But why is it that country after country bans GMOs?  Why are the test crops burned in other countries where the people are much more connected to their food sources?  Closer to home, the question is, why are they fighting so hard to resist having to label GMOs in our foods?  Corn is in nearly every processed food in one way or another, and just about all corn is now GMO.  If they are working so hard on something so good, shouldn't they be proud of it?

And then there are the small family farmers.  You know... the people we used to call "the salt of the earth," the "heart of America."  Well these hard-working folks who just want to put wholesome, sometimes organic, often heirloom variety food on our tables are systematically being run off their farms.  It's intentional.  Monsanto wants it all.
According to a 2005 report by the Center for Food Safety (CFS),
"Farmers have been sued after their field was contaminated by pollen or seed from someone else's genetically engineered crop; when genetically engineered seed from a previous year's crop has sprouted, or "volunteered," in fields planted with non-genetically engineered varieties the following year; and when they never signed Monsanto's technology agreement but still planted the patented crop seed."
Yep, it's true.  A farmer who has maintained an organic, Monsanto free farm, whose crops are pollinated by wind or insects with GMO stock, can be sued and they will lose.  They can lose everything because the wind blew in the wrong direction and a big powerful company wants it all.

Then they came up with "Roundup Ready GMO stock."  It just keeps getting better.  The seeds are genetically manipulated (with all sorts of organisms; animal, viral, bacterial, etc.) and they are resistant to the herbicide Roundup so that when everything else dies, the intended crop will grow unimpeded.  In response, we now have super weeds that have mutated to resist the poison.  More and more poison is poured onto the fields and taken up in the groundwater.  Insecticides are also being used in the same ever-increasing manner, producing super bugs and it is strongly suspected (okay... pretty much certain) that the disastrous and horrific bee colony collapses are the result.
Oh, by the way, do you know who makes Roundup?  Monsanto does.

Not enough?  Well there's more.  We didn't really think we could destroy every other form of life and humans would be spared, did we?
http://www.organicconsumers.org/articles/article_27523.cfm
"Last September, the causal link between cancer and genetically modified food was confirmed in a French study, the first independent long-term animal feeding study not commissioned by the biotech corporations themselves. The disturbing details can be found here: New Study Finds GM Corn and Roundup Causes Cancer In Rats
Now, a new study published in the Journal of Hematology & Thromboembolic Diseases indicates that the biopesticides engineered into GM crops known as Bacillus Thuringensis (Bt) or Cry-toxins, may also contribute to blood abnormalities from anemia to hematological malignancies (blood cancers) such as leukemia.[i]"
Roundup (glyphosate) has been linked to Parkinson's Disease, autism, cancer, infertility, and allergies.

So there's my piece.  I could go on and on, but hopefully have inspired you to do a little digging around if your curiosity has been piqued.  I'll be joining a local march on Saturday.  I hope to see you there.
Posted by Tina Sams at 6:35 PM

Thank you Tina! This was exactly what I was looking for- a concise, articulate summary.

I thank you too! For the same reason that Marnie did, for putting into words, in a succinct way, what I keep trying to tell people.
Do you mind if I copy this and pass it around?

Oh please do :-) The more people know, the better off we are. 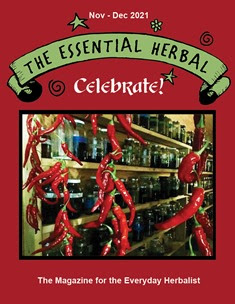