Is that food herbal?


It all depends on what you call an herb.  For me, that would be any useful plant, so...
Mr. Stern, my 5th grade teacher gave us an overnight assignment to list (hah) all of the foods that were not derived from plants*.  Derivation included meat from animals that ate plants or ate animals that ate plants.
I've always felt that herbs and food are deeply intertwined.  We think of them in the culinary sense, but in fact, all plant foods are herbs.  It goes WAY beyond that parsley on the edge of the plate, to realizing that almost everything on the plate is herbal.
What about these herb pastes?
How about some elderberry goodies? 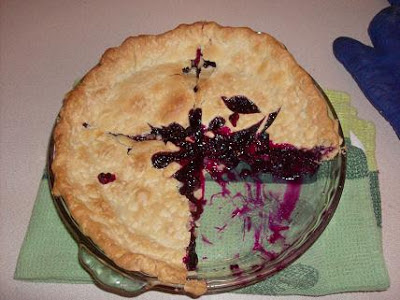 Broccoli is considered great for arterial health.  Cabbage is practically a medicine chest.  Oats - need I say more?  Carrots for eye support, asparagus or dandelion greens as diuretics to flush us clean... I could go on and on.  Everything we eat is medicine.


I was just in the very beginning stages of a conversation about whether certain herbs might be more beneficial for people whose ancestors lived where they grow.  That made me think about the book that came out in the 90's about losing weight by eating foods specific to your blood type.  We had our shop at the time, so there were several rousing discussions about whether ancestral foods for different blood types (which generally originate in specific areas of the world) make a difference.
It's an interesting concept.

Last week when attempting to order some copies of my Healing Herbs book and finding out it is now out of print (grrrrr....), I went over to grab a couple for myself on Amazon and, being a masochist, read the few negative reviews among the glowing positives.  Because who doesn't love to pick a scab? 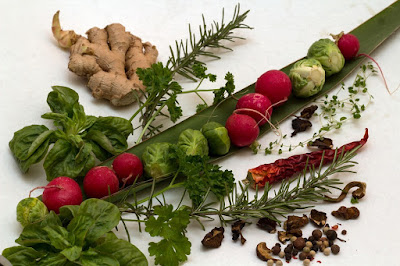 Anyhow, one negative comment was that herbs not included in the book were used in recipes.  Would that be wheat?  Olive oil?  Perhaps they meant the almonds or milk?  Don't get me wrong, I AM being intentionally obtuse here, but we only did chapters on 20 herbs.  I know the reviewer was referring to something like nutmeg or parsley or saffron. But that would have severely limited recipes to only use 20 plants, right?  Smash some raspberries into plantain?  Don't even get me started on the dude who was seriously miffed that rosemary wasn't a chapter, because he wanted to learn about rosemary.  No... don't even bring that guy up.

Sometimes a magazine subscriber will say something like, "more medicinal, fewer recipes."
I get it.  It's just hard to separate the two.  I'll even admit that occasionally the sweets included are meant for tea time, because that's good stuff too.  Besides, there is a lot more to herbs than medicine.
Without question, we try to make sure there's a good blend of everything in the magazine each issue.  I'm making light of it here, but we take every comment seriously.  If it was important enough to mention to us, we listen and do what we can.

*Do you know the answer yet?
Salt
Posted by Tina Sams at 7:33 AM