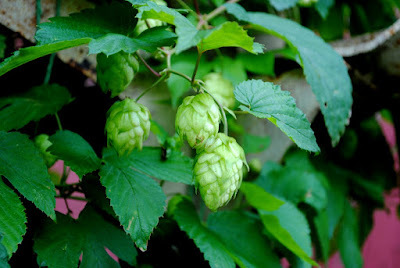 I planted my first hops more than 20 years ago.  At the time, I was a young, budding herb enthusiast, not entirely aware of the plant’s place in the herb garden. I planted it for the ignominious reason of covering an old rusty fuel tank sitting right in the middle of the farmyard.  The only thing I knew about it was that it was used in beer.  That was the beginning of a long relationship with the bitter herb. 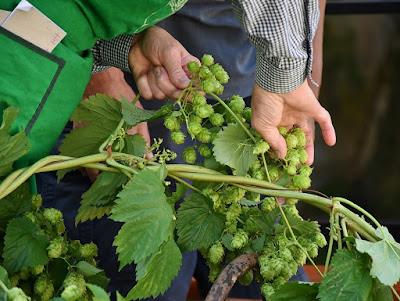 Hops (Humulus Lupulus), a hardy climbing perennial, produces annual bines (yes – bines not vines) reaching up to 25 feet a season.  Each fall the plant dies back to a crown of rhizomes, from which the plant can be propagated.  Hops are dioecious, male and female, the female plant producing the flowers, also referred to as cones.
Hops is a relative newcomer to the world of traditional medicine, Historic references to its medicinal use aren’t found until around the fifteenth century. After that time, we begin to see it referenced for use as a digestive aid, diuretic, cleansing the blood, liver, and spleen.  As history progresses into the nineteenth century, we also see it used as an antibacterial, a tonic for digestion, for inflammation, restlessness, as a sleep aid, and for a whole host of other minor complaints. 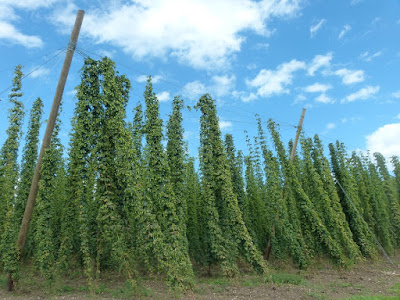 From a personal standpoint, I’ve had good results using hops as a mild sleep aid, along with passionflower.  I prefer to use it in tincture form, but many herbalists make dream pillows, stuffing small pillows with hops.


Use a light hand when cooking with hops flowers.  The flavor can be incredibly strong and bitter, so think of it as a spice or a seasoning.  The point is to enhance, but not overpower. Also, the alpha acids in hops flowers are hydrophobic and bond with fat molecules, so the flavor is easier to manage in fats.

Combine half and half, sugar, eggs, and vanilla in a heavy bottomed pan.  Gently heat the mixture over medium, stirring constantly to prevent scorching. Heat until mixture thickens slightly, but don’t bring to a full boil.
Place hops into the hot mixture to infuse.  This next step is important.  At about 15 or 20 seconds, taste the mixture.  Continue tasting until it reaches the desired flavor, and then immediately remove the hops.

Cool mixture in refrigerator until 40°F or below.  Churn according to ice cream machine directions.  Ripen ice cream in freezer overnight for best texture. 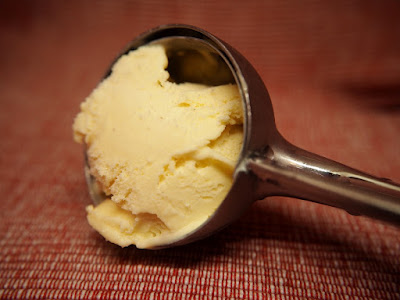