I've been many things this weekend. It was moving time for the site and cart. It went well, I suppose, compared to some. For me, it is frightening from the first key-stroke and it doesn't get better until everything is perfect again. An entire business is effectively whittled down to fit on to a zip stick. That is very sobering.
On Friday, when things were going wrong, I was a raging she-bear. It was loud and messy, and I hate when I act that way. It's the fear.
Later, Saturday morning after a little sleep, I was plucky and willing to try different things to accomplish what was needed.
But in the afternoon when it appeared that all was for naught, I dissolved into a puddle. A hungry puddle, that felt much better after getting the first food of the day around 4 pm.
Finally around 10 or 11 (it is all a blur) everything fell into place.
In that whole 36 hours, the only thing that I did or thought about was getting that site and cart finished. And a little sleep. Oh.. and there was that hour or so when we marveled over the earthquake.

Then there was a whole AOL fiasco, but that's passed too. I'm happy.

But let me tell you why I am so happy.
For nearly a year, I've been limping along with a shopping cart that was unacceptable.
How bad, you ask? People wrote JUST to tell us how bad the cart was!
This cart did not have a comments section, so they had to email.
Payment methods were so complicated that (because I could see how many abandoned shopping carts there were) a good 15% to 20% of shoppers gave up, choosing not to keep trying.
Or worse (not for me, but for them), they would write and ask me to help them subscribe.
Figuring shipping was a nightmare. Oh, all of these things could have been fixed - if I had been willing (and capable enough with computer skills) to purchase "plug ins". $40 for this one, $50 for that, and another $100 there... Then of course finding someone who knew how to do whatever it is that needs to be done to make them work. It ain't me, babe.
There is no doubt in my mind that cart hurt our business. I could go on and on. It was bad - and it was not inexpensive either. I won't name them here, but write me if you're about to go with a cart that rhymes with Eva. K?
So if you're one of those people who wrote out of frustration, who accidentally ordered 3 of anything and couldn't get it out of the cart (and then had to write a frantic email), who couldn't figure out how to make it say Visa instead of MC, or who just had to tell us how pathetic the cart was, believe me, we heard you. It just took a little while to pull ourselves together from the last move and get up the guts to do it again.

The new cart was a dream to set up! Would you like to have a shipping base charge? No, but thanks for asking! Would you like to ask your customers questions before they go? Really? YES! How bout a simple dropdown with a few pages of clear, illustrated help? Ok!

I am confident that it will be a much more pleasant experience for our shoppers. 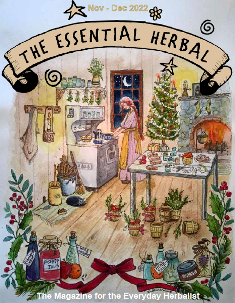